The Waxwing is a fine-looking albeit slightly plump bird which is slightly smaller than a Starling. It is reddish-brown in colour with a black throat and a prominent crest.  There is a small black mask round its eye, yellow and white in the wings and a yellow-tipped tail.

Waxwings do not breed in the UK, but are winter visitors from October to March, coming in larger numbers known as irruptions in some years when the population on its breeding grounds gets too big for the food available.

There are three subspecies of the Waxwings which visit the UK. These come from:


The first British arrivals each winter are usually seen on the east coast from Scotland to East Anglia, but birds move inland in search of food, increasing the chances of seeing one inland. They eat berries, particularly from rowan and hawthorn trees and bushes, but also cotoneaster and rose.

They do seem to like our supermarket car parks, particularly ASDA and TESCO which must plant the vegetation particularly suited to their diet.

The Waxwings have well and truly arrived in Britain this year. Here's a few shots I took at Milner Street in Warrington on Sunday 18  November 2012: 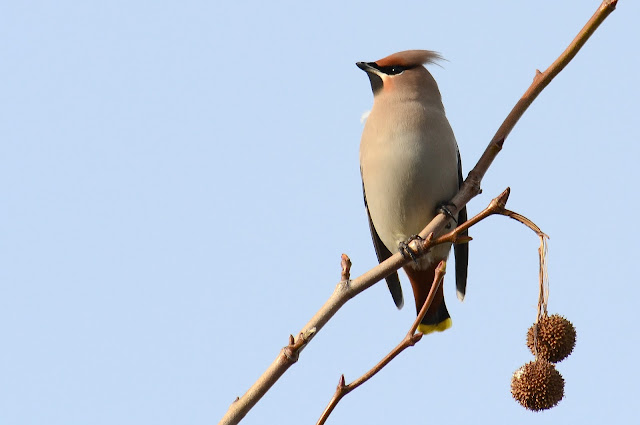 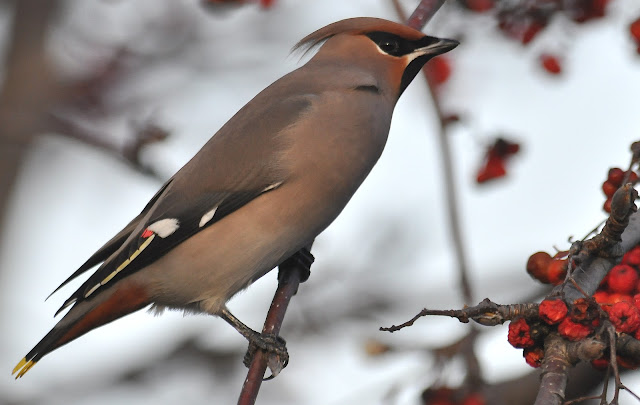 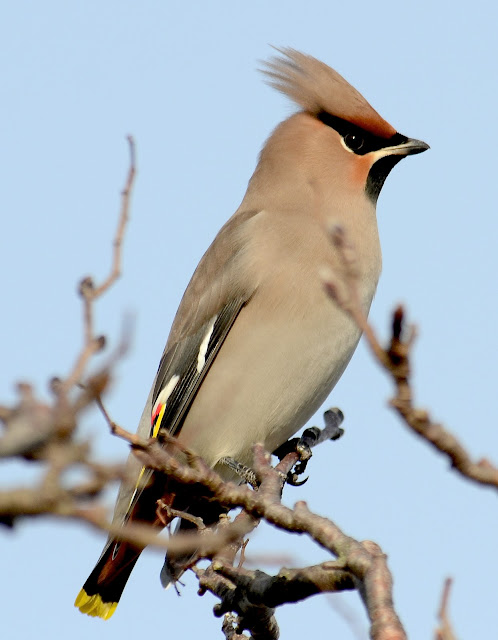 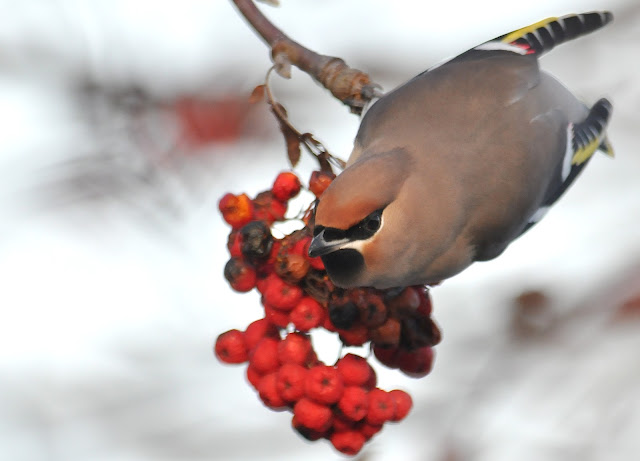 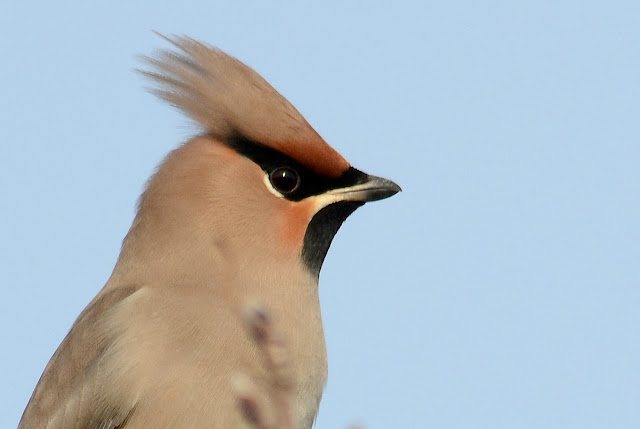