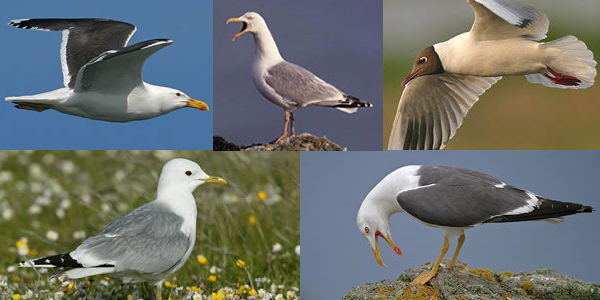 Gulls can be one of the most difficult of birds to identify, so much so that many birders don't bother!  There are so many variations in colour and plumage depending on the age of the bird and the season. However, Gulls can be the most numerous of all the birds on a particular site and a large flock may indeed consist of four or five different species. Here we concentrate only on adult birds.

Criteria for the identification of Gulls

There are five main species of Gull that can usually be found on most large bodies of inland water:
Nearer to the breeding season the colours get much brighter.

Other Gulls which are scarcer but which can usually be seen in North West England include: